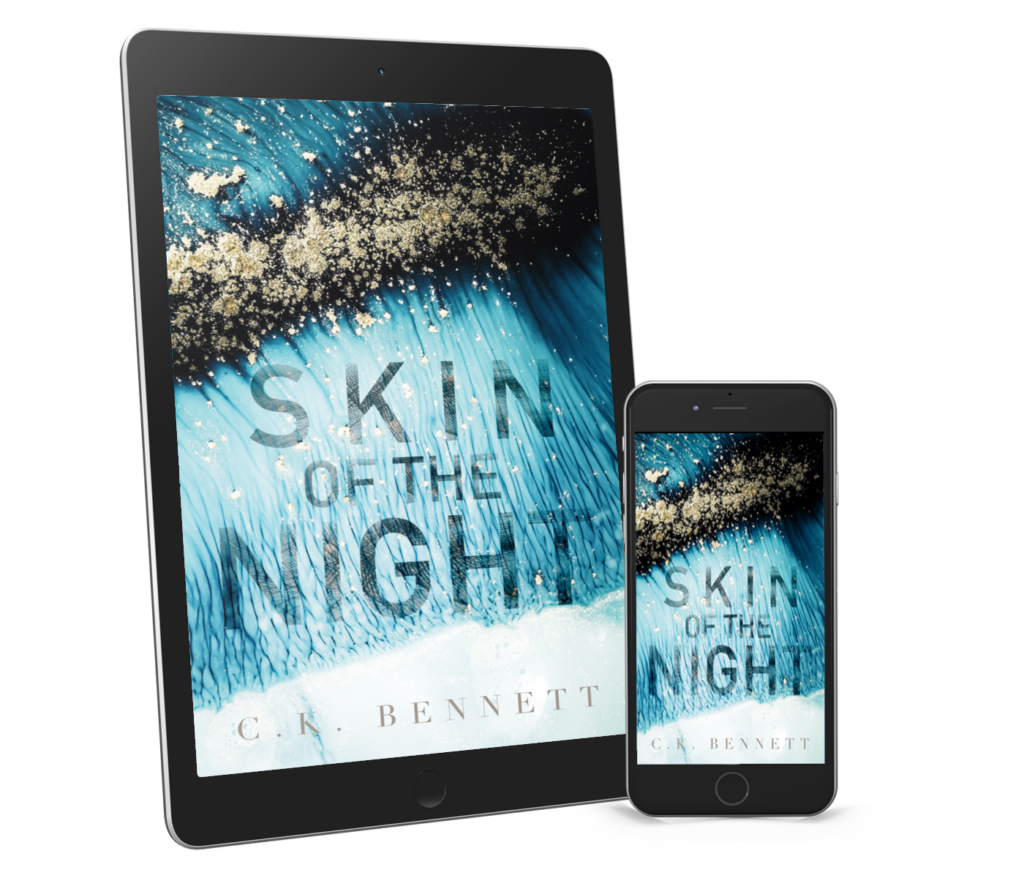 Skin of the Night is enrolled in Amazon’s Kindle Unlimited (KU). The eBook can therefore only be purchased from Amazon, as the KU programme requires exclusivity.

First of all, I made the cover myself, although the artwork itself is not mine to take credit for, but rather an artist named Caracolla (I know, how uncanny is that? Cara-colla? I was meant to find this artist). I discovered their work online after having searched for what felt like an eternity – definitely months. It was a battle to find something that was aligned with my own ideas but, the moment I saw it, I knew it was the perfect fit.

I wanted a non-cliché approach to the night theme. I could always have used an actual night sky or made one myself, but the idea just didn’t resonate with me. It was too straightforward, and I personally enjoy a more thought-provoking concept. So, instead, I opted for an abstract take on the theme.

If you take a look, you can see the blue crashing against the shore. The shore is light, representing the day. It’s supposed to imply that the night is emerging to consume the day, which Cara states in the book that she wants for William to do.

The light shade of blue is the colour of William’s eyes. As we’ve been made aware of, he has irises reminiscent of “a serene ocean surrounding a warm paradise”, which is why this particular cover, in my opinion, fits so perfectly as it’s the night reflected in the ocean – or that’s how I see it, at least.

The deeper shade looks like it’s the universe breaking through – think loads of galaxies, or even just the pattern of the Milky Way. I wanted it to be artful, so the gold scattered across is not actually stars, but is instead supposed to imitate them.

The titles in The Night series are progressive, meaning they go deeper and deeper as the story evolves. In Skin of the Night, we are meeting William’s surface, hence why I wanted to make a point of representing his eyes through the cover by having it simulate an ocean and the night sky in one.

For the font, I decided to make it seem written in “skin”. It’s supposed to represent William’s handprint, as we all know he surely leaves his print on Cara in more ways than one. He is also the Night, so it seemed optimal to use this for the font.

As I was making the spine and backside, I flipped the artwork. So, if you spread the book apart in the middle and look at it from above, you might notice that the darker blue/black resembles a bird with spread wings. My “logo” is an owl with its wings spread, so I thought this was a cool little detail.

Overall, this abstract theme is something I will be continuing with for all the remaining books, though with different patterns and colours. As they are published, you might notice that there is another theme behind the covers too, but one which you cannot uncover (wordplay, hehe) by seeing only the first one. It’s not an IQ test though, haha. It’s just not very obvious, either. 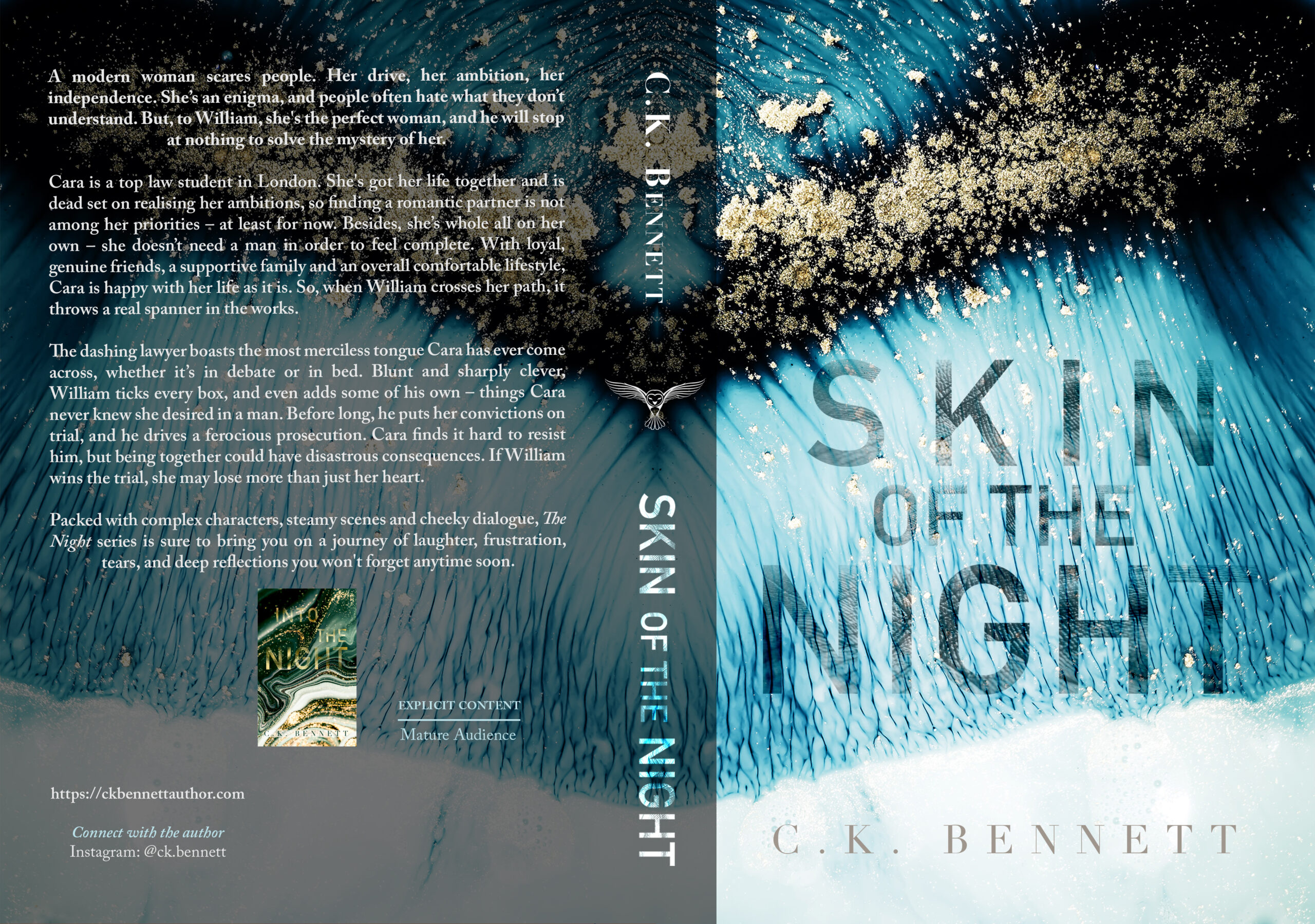