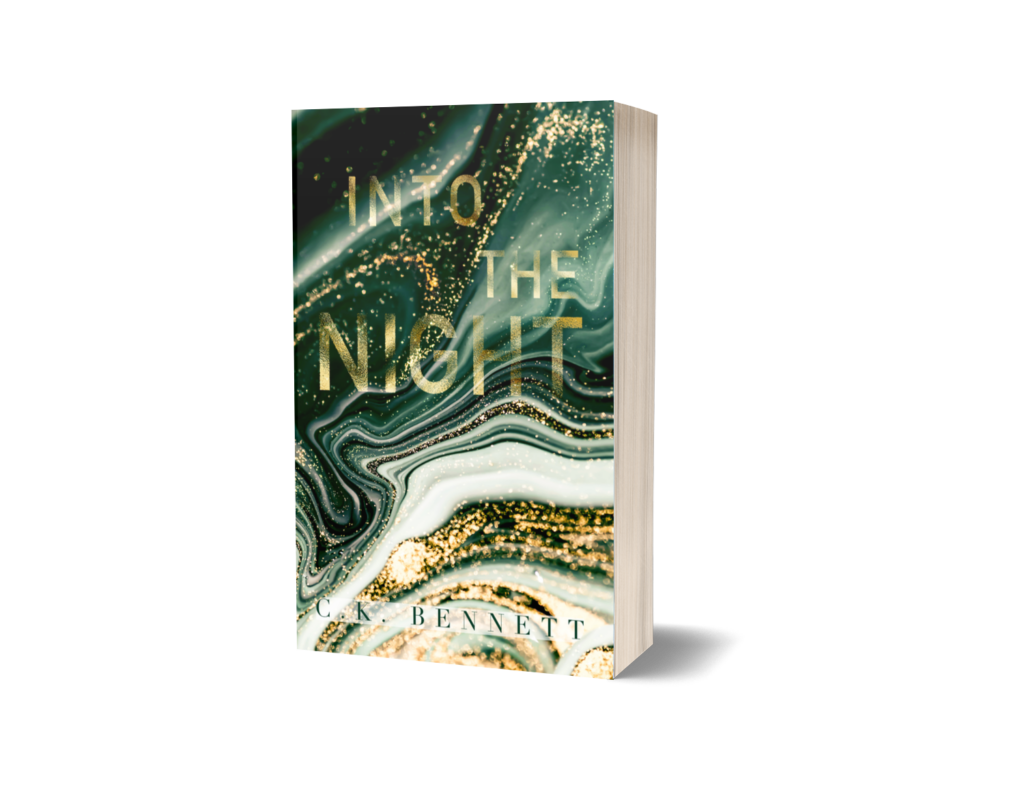 Caracolla did it again: expressed my thoughts with their beautiful art.

As mentioned before, the titles of The Night series are progressive. In this instalment, we are diving deeper into the Night. Since we are going beyond William’s surface (beyond his “skin”), I chose to remove the handprint that’s present on the cover of Skin of the Night (The Night, # 1). Cara said it best: “I was enjoying his body, but, somehow, it felt much deeper than that. It went beyond the shallow surface of the skin. I was experiencing his existence – every fragment of the stardust he was comprised of, every whisper of his thoughts, and every heartbeat of his emotions. When our bodies moved as one, it was like our individual chemistry combined at a celestial level, and the result was a higher force that could never be undone.”

As Cara gets to know William better, more and more of his core shines through, and what she finds there is golden, hence the gold texture of the title. Gold is, in fact, stardust, which was why I thought it was pertinent to use this. And, as is true for the cover of Skin of the Night, gold is a colour frequently associated with stars, which is what we typically find within the night. This was also something I wanted to express since Cara begins to view William as a “guiding light”, arriving in her life like “the birth of a star”. Additionally, I wanted the text to look like it was fading a bit, to represent how Cara is being “consumed by the night”.

You might also notice the number of layers in the artwork. There are several shades of green, white, and black, blending throughout, which is supposed to represent how layered William is.

Now, why did I pick green?

The colour green is frequently associated with jealousy. In William’s chapters, we get a taste of how dark his jealousy is when it comes to Aaron and Cara. So, as we submerge ourselves in William, we are enveloped in that part of him. There might be lots of gold to be found beneath his surface, but there is also plenty of darkness (black), light (white), and jealousy (green).

Now, if you look at the artwork from above, you might notice the shape of a butterfly, or as I like to think of it, a moth. This book is all about Cara and William’s explosive chemistry, their fiery personalities, their sizzling passion, like stars that never stop burning – moths drawn to each other’s flames. 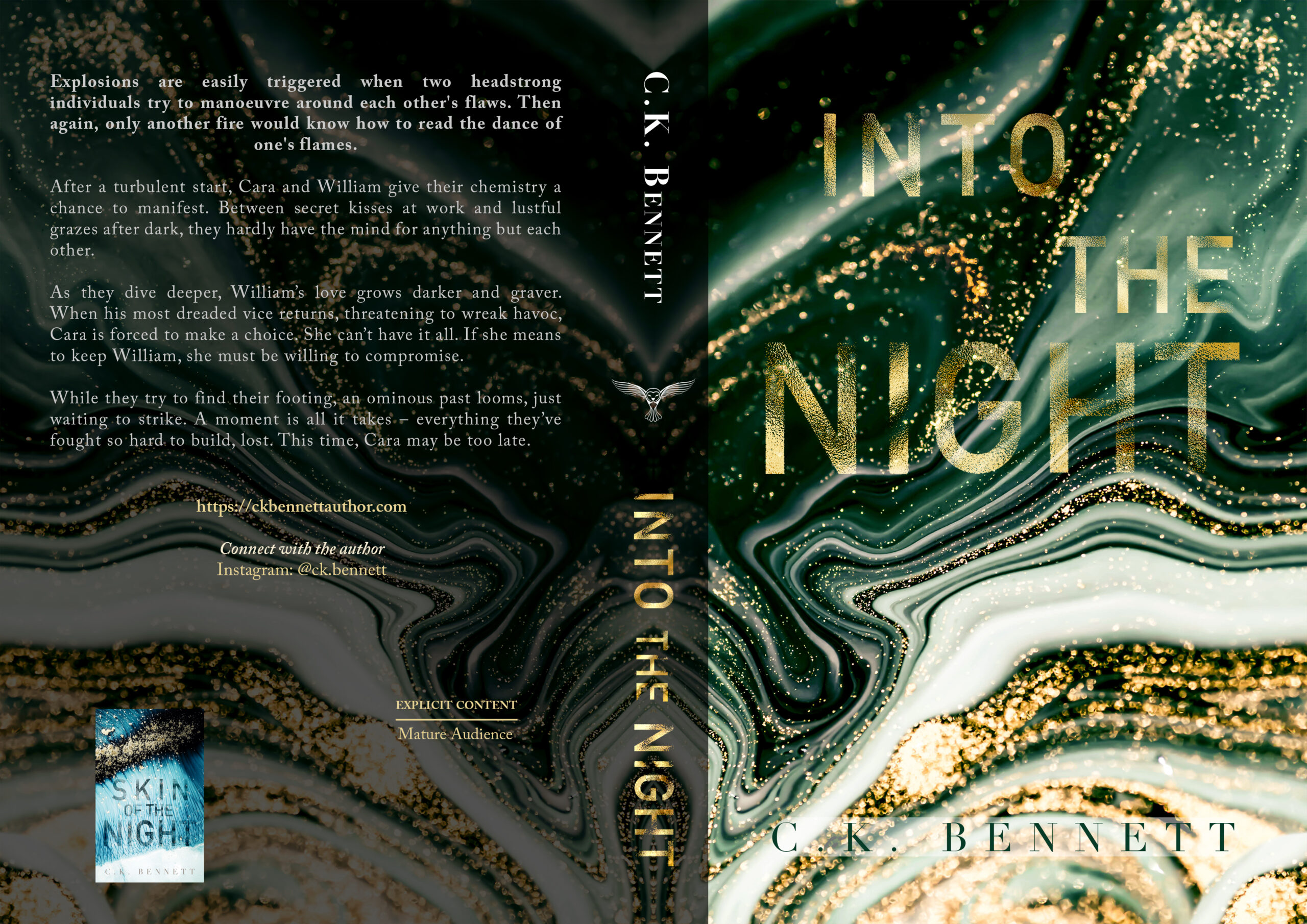 Author of Skin of the Night